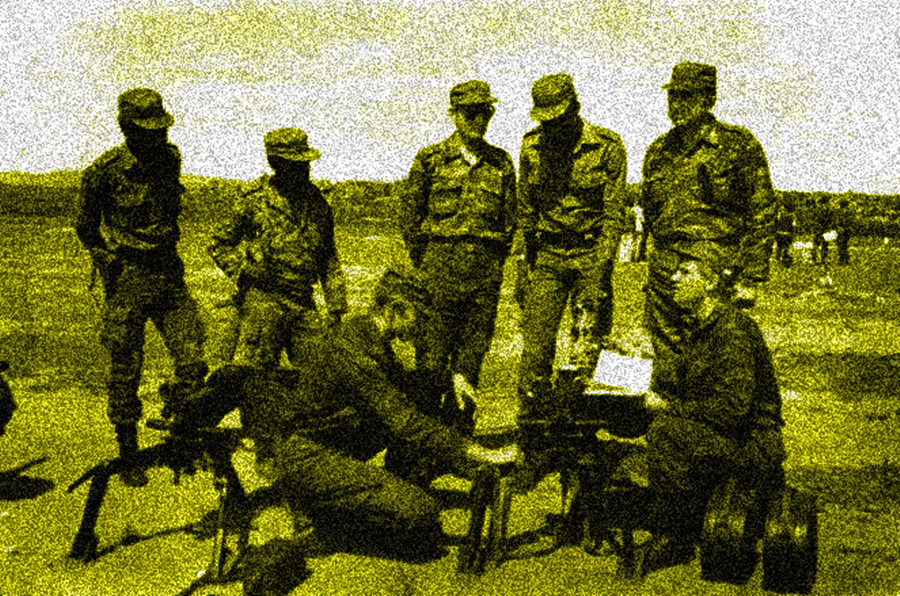 The strength of the Soviet Union and the socialist camp as a progressive pole for over 70 years, stayed the hand of imperialism and helped ensure the independence and development of many countries.

In South Africa, the Soviet Union built a relationship with the Communist Party and later with the African National Congress led by Oliver Tambo who said at a conference in Havana, “The Soviet Union, Cuba, many socialist countries have made it possible for many of the heads of state who are here today to survive, to win, to become leaders of independent countries. That was a crime against imperialism. We understand it.”

From the early 1960s, the Soviet Union provided military aid to the ANC’s Umkhonto we Sizwe and to the People's Movement for the Liberation of Angola. It also providing military and technical training in the Soviet Union for independence movements throughout the region.

In 1961, Kwame Nkrumah, the first prime minister of Ghana went on a tour through Eastern Europe, declaring his solidarity with the Soviet Union and China. In 1962, the Soviet Union awarded him the Lenin Peace Prize in acknowledgment of his Pan-African efforts to unite the continent against continued plunder.

Like many other anti-colonial leaders, Patrice Lumumba of the Congo found himself in the middle of the Cold War or the global class struggle. Many leaders didn’t want to face the hostility of the United States by turning to the Soviet Union for aid. In this vein, the Non-Aligned Movement rose in the mid-1950s.

Nevertheless, Lumumba did ask the Soviet Union for help and it was shortly after that, in 1960 that a coup was launched which led to the execution of the Pan-African leader.

In 1962 the Patrice Lumumba University was founded in Moscow for students from developing countries. The stated purpose was to give young people from Asia, Africa and Latin America, especially from poor families, an opportunity to be educated and to become qualified specialists.

Millions of students were given free education in engineering, agriculture and other disciplines, over the course of Soviet history. Even the CIA acknowledged it, “The Soviets are also educating numerous Latin American and Caribbean students in the USSR, cultivating organized labor, and profiting from the growth of pro-Marxist sentiments among religious activists.”

When the Soviet Union was defeated in 1991, it had a devastating economic impact on the countries that had once received its aid and assistance. For Cuba it meant a “special period” of austerity. Vietnam was forced to let in Western capital. For India, it meant opening up to harsh dictates from the IMF and the privatization of state-owned industries. In Central America, the Farabundo Marti National Liberation Front was forced to compromise, as was the ANC in South Africa.

The end of the Soviet Union and the Russian Revolution saw a rise in imperialist aggression worldwide. Iraq, Somalia, Yugoslavia, Afghanistan, Libya and Syria have all been invaded by the U.S. in the wake of its demise. The fact that the socialist camp no longer exists as a counterweight is a tell-tale sign of its importance, not only against imperialist wars but as an inspiration and a base for socialism and liberation.